Let me tell you a story. It's a winding tale of ups and downs of a horse and rider who have spent the last year and a half ironing out their game, and fortunately it's all mostly already been told. From the first AERC ride together after purchase and back soreness at Gold Country 2013 to the first RO at Chamberlain Creek, to the first 50 completion with back soreness at Derby 2014 and on to the RO at Gold Rush Shuffle 2014 for poor behavior (but no back soreness!). Not featured so prominently in those blogs because I really only care about my horse and have been battling it forever, are my migraine/heat issues that take me down at or after nearly every single ride. Endurance is called what it is for a reason, certainly.

So now we come to Scrappy and I merrily setting off for Eastern Mojave XP, 4 days of riding that I hoped would calm down the race brain exhibited at Gold Rush Shuffle. It was a 12 hour haul and quite interesting to pull into unknown desert ride camp in the dark, alone, and find a spot and pitch my tent, but it was done quite handily if I do say so myself. 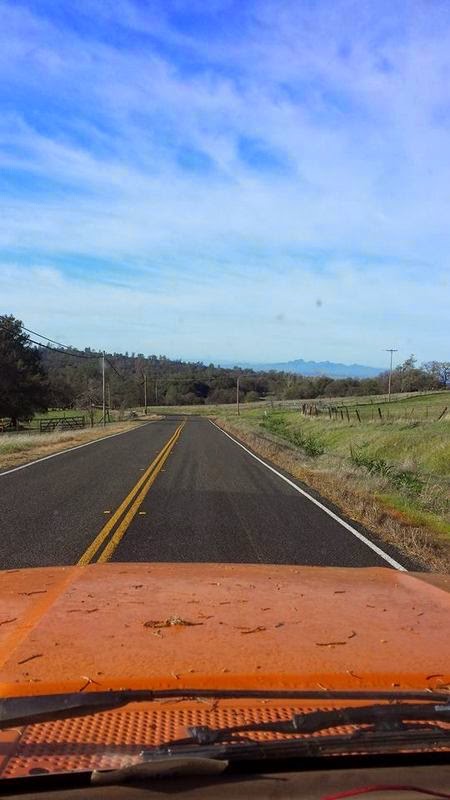 5 hrs later, halfway there, drink/snack/pee break for all 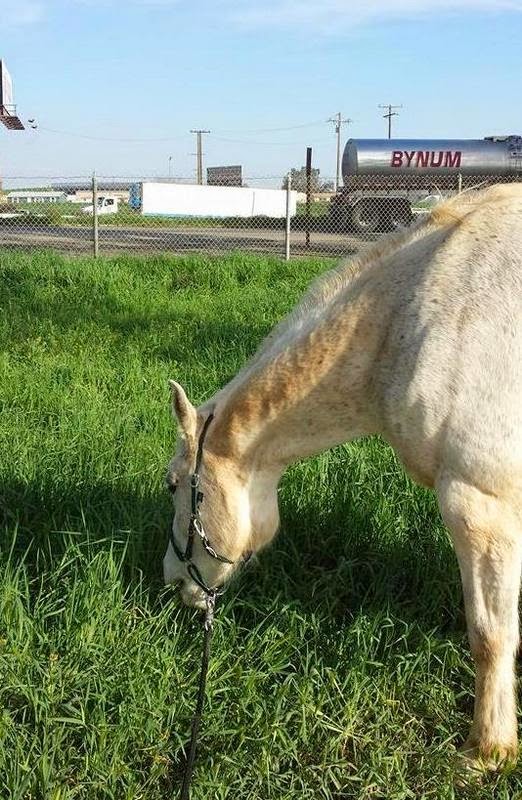 When in doubt--ask!
I knew I'd miss McCoy's Feed hours but calling ahead got me a weed free bale
left easily retrievable. Nighttime adventures in Barstow! 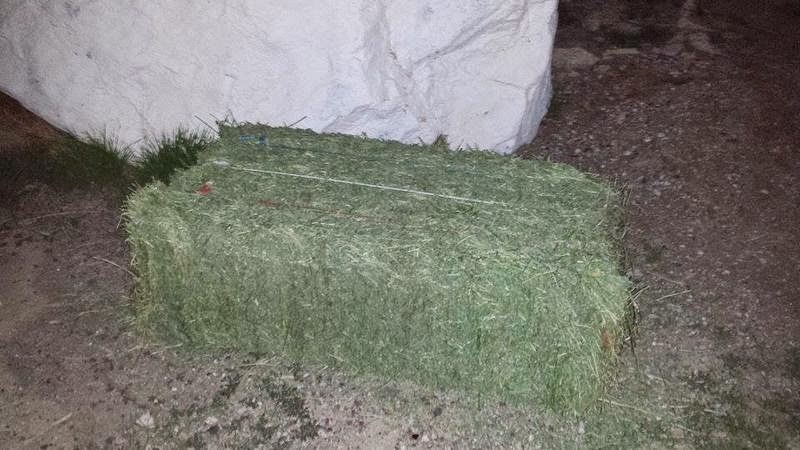 There are no photos of me getting briefly lost finding ride camp in the dark, or my nighttime camp set up shenanigans, but here's Wednesday a.m. and Scrappy saying "Holy crap mom, we aren't in Nebraska/Bangor anymore." 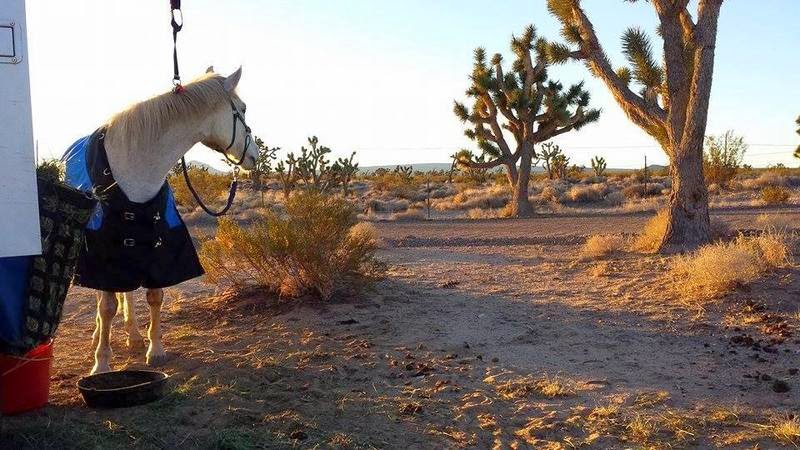 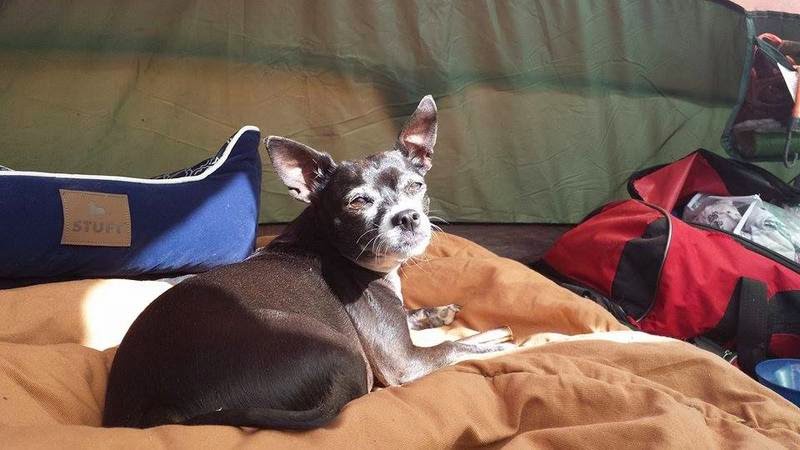 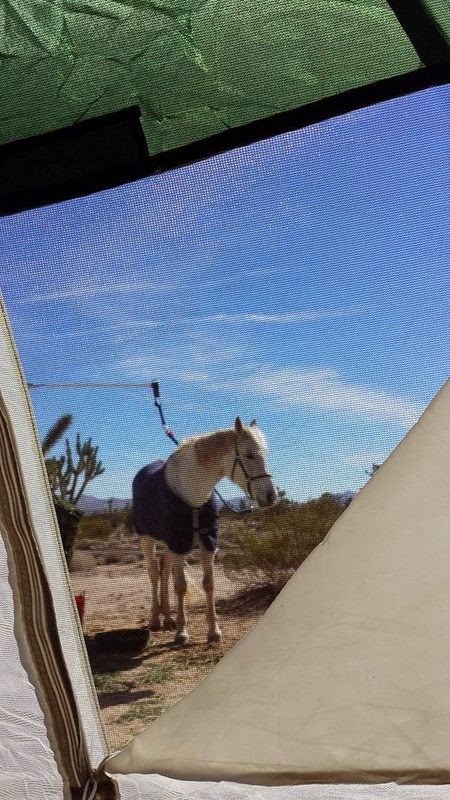 The wind screamed from Tuesday midnight until late afternoon Wednesday. Going a day early was as great idea as Scrappy didn't properly address any of his hay until Wednesday night. He ate mashes and eagerly grazed on the dead stubble around ride camp and ate the odd mouthful of hand fed alfalfa while drinking like a champ so I wasn't necessarily concerned but I would have been if I'd been trying to start a 50 right off.   As it was we had a fairly relaxing morning despite the wind, nice warm up ride midday Wednesday, vetted in at 5 pm, ride meeting at 7, and he ate and drank alll that 2nd night. Good pony! 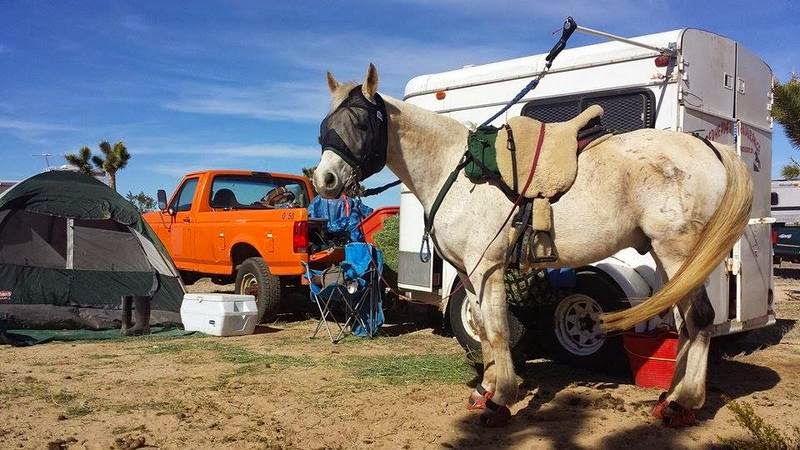 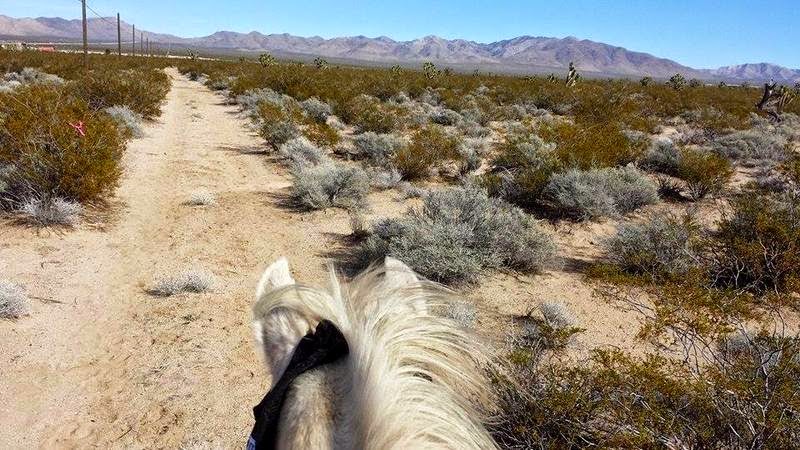 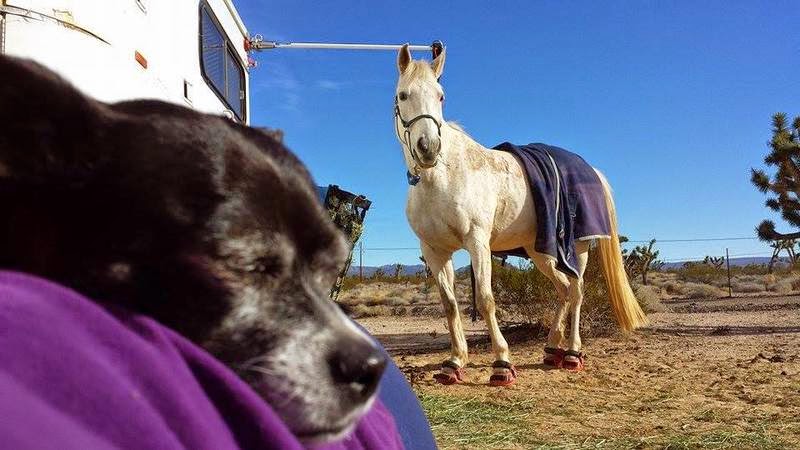 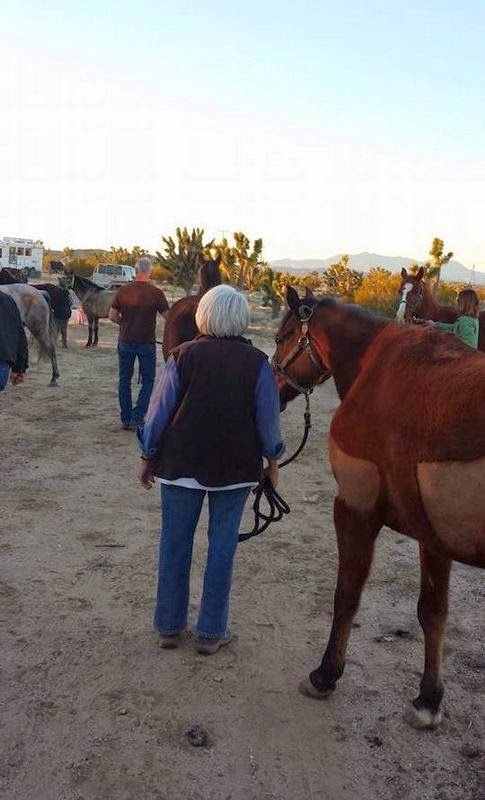 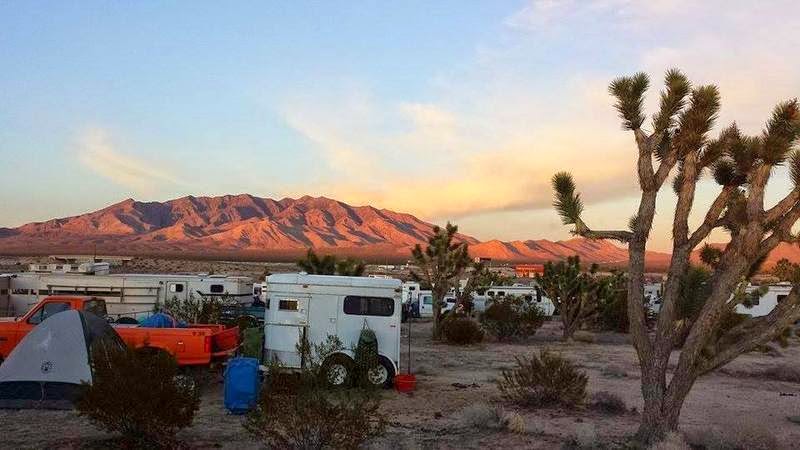 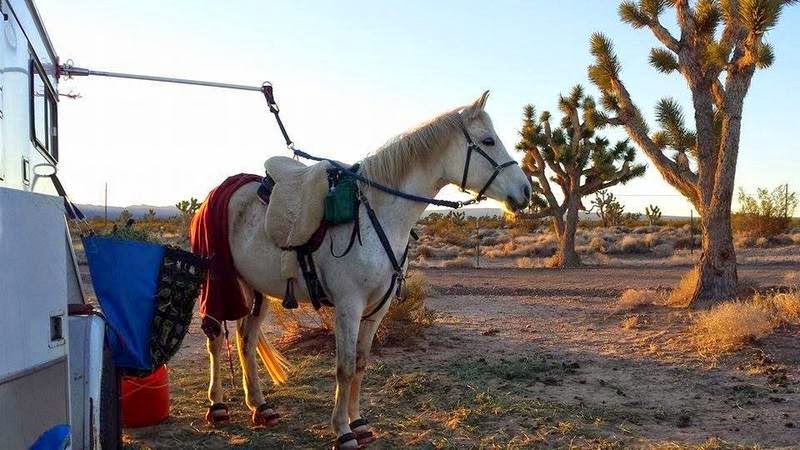 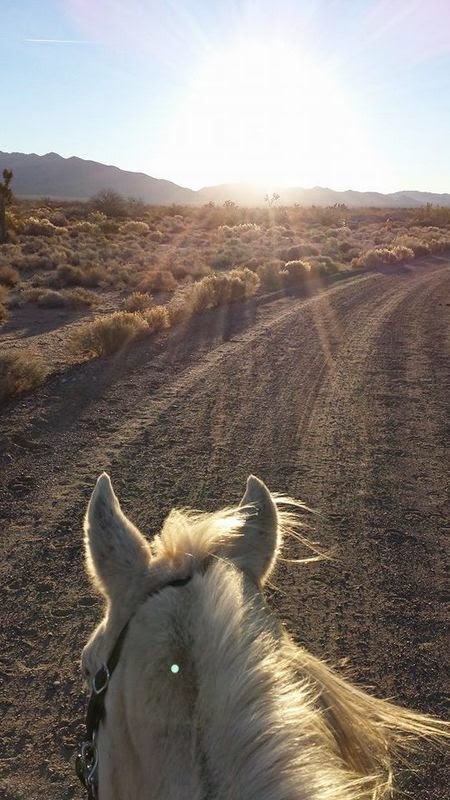 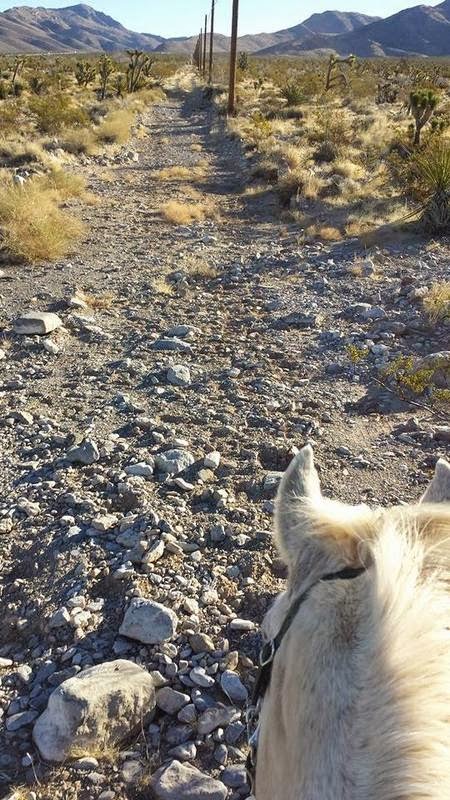 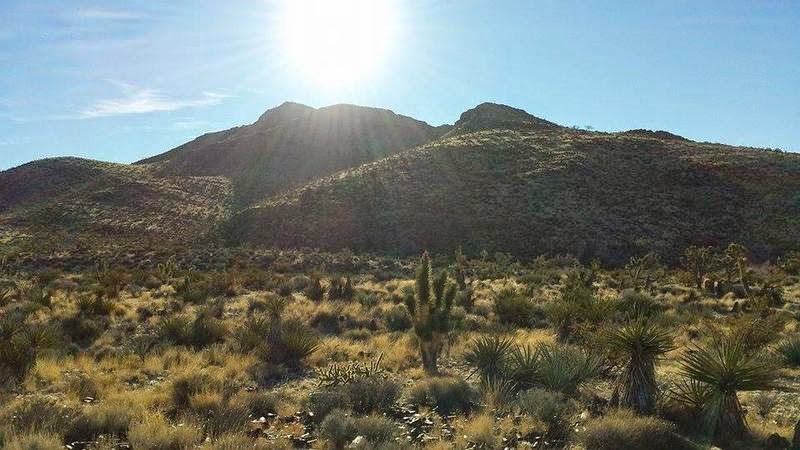 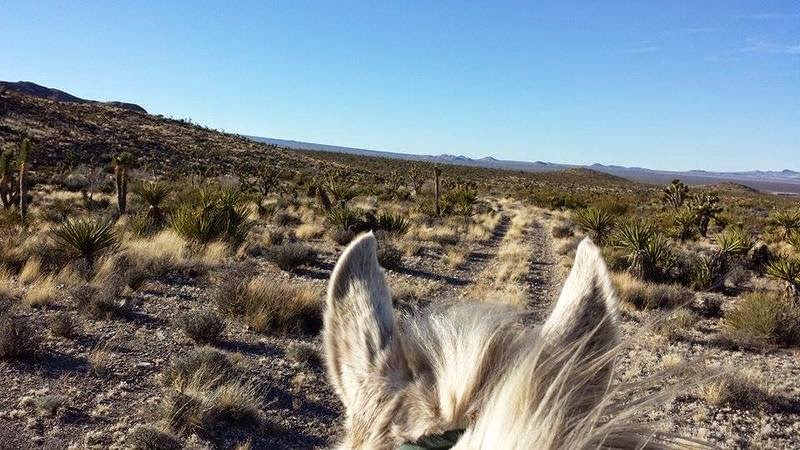 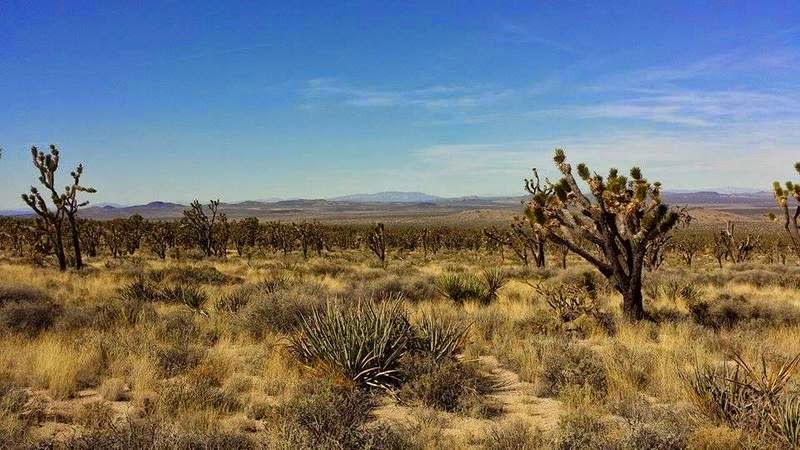 drink the water then bite the bucket to see if he can flip it..every time 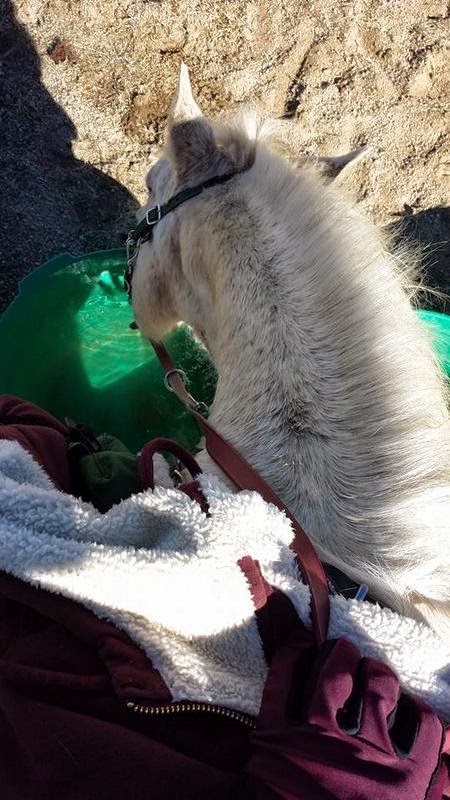 some deep sand washes, there was trail up alongside at some points 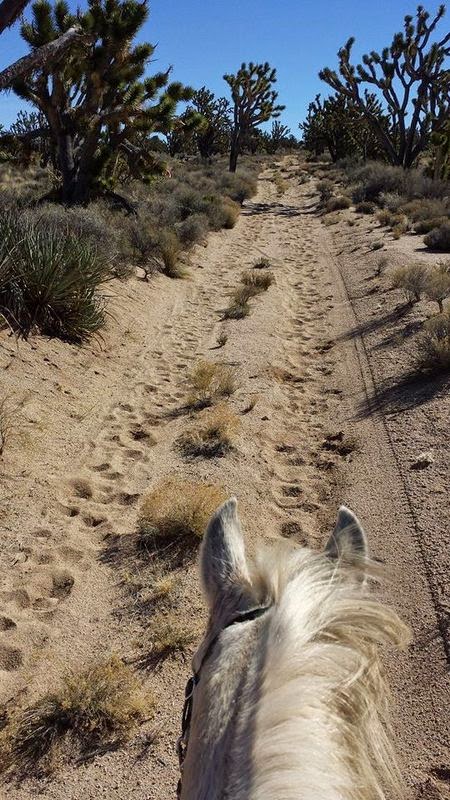 glad to see people and hay after 25 miles 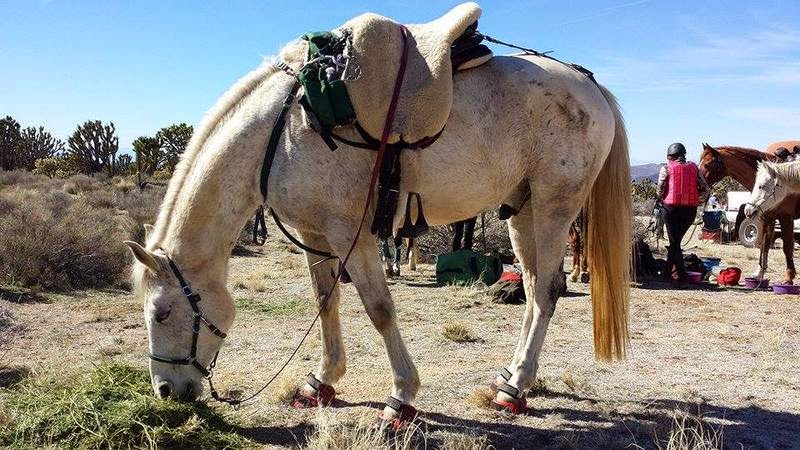 my helmet seems to be making a bid for freedom, but we're enjoying ourselves 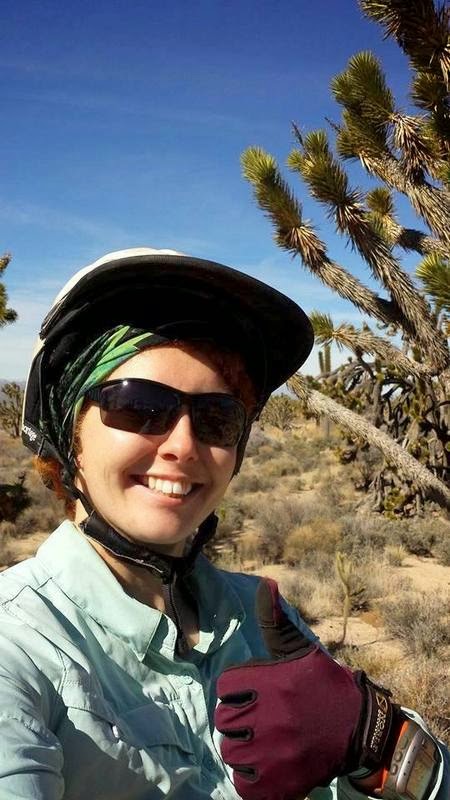 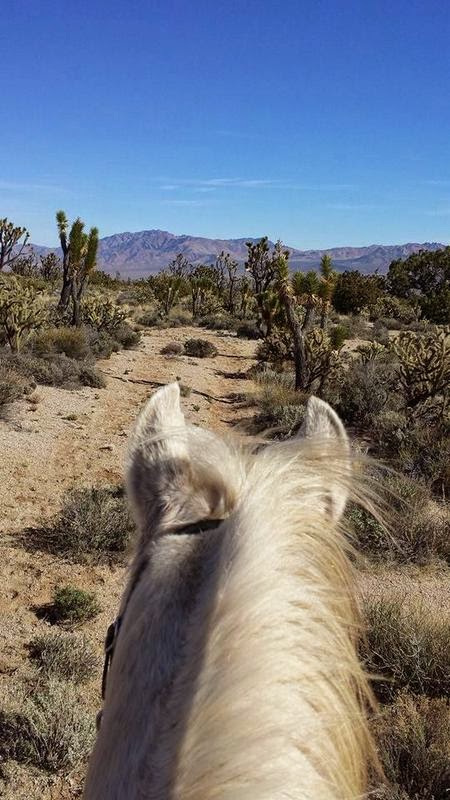 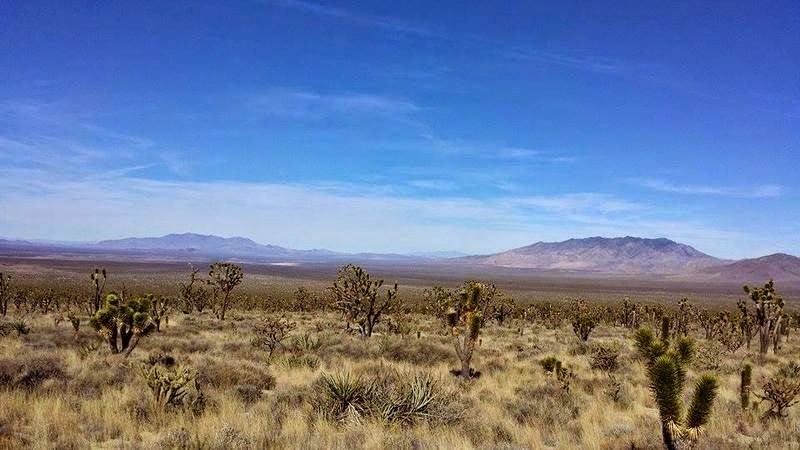 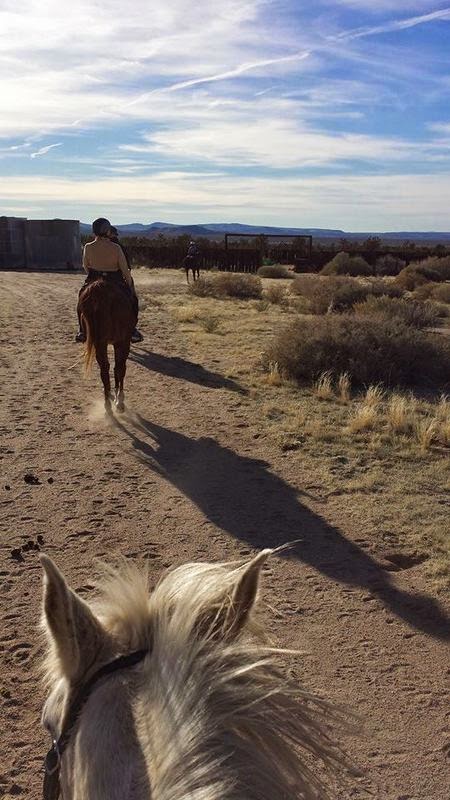 Sun is setting as we've got a few miles to go 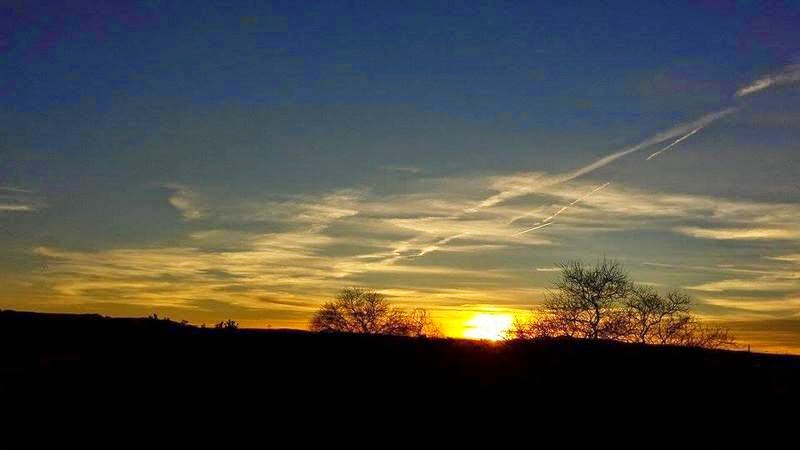 trotting and cantering freely back into camp, biggest grin on my face 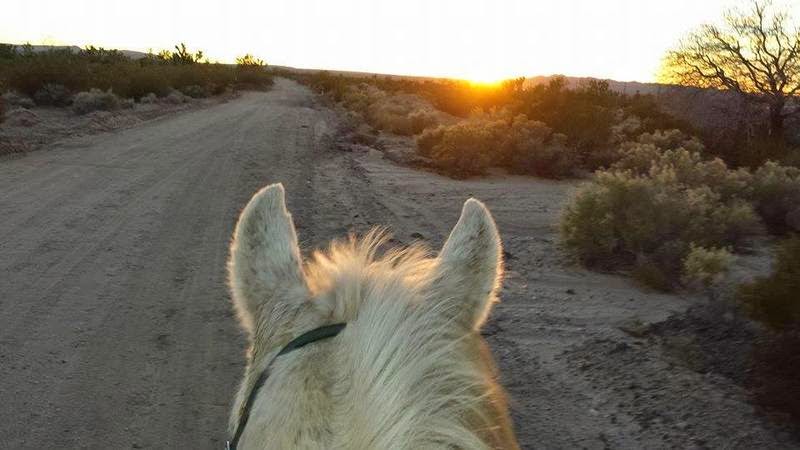 Wouldn't it be just glorious to end the story there, after 50 miles well ridden and wonderfully performed by the reformed Scrappy? Even at this moment, days later, I'd like to embrace my imagination and say it was so, but it wasn't.  We finished our 50 in a glow of triumph--and he was back sore in the same ole loin area again afterward. And residually sore deeper in that area the next morning.


Also, don't flap your bare arms in Joshua tree country, or try to grab a bite of one on the go, Scrappy would add. 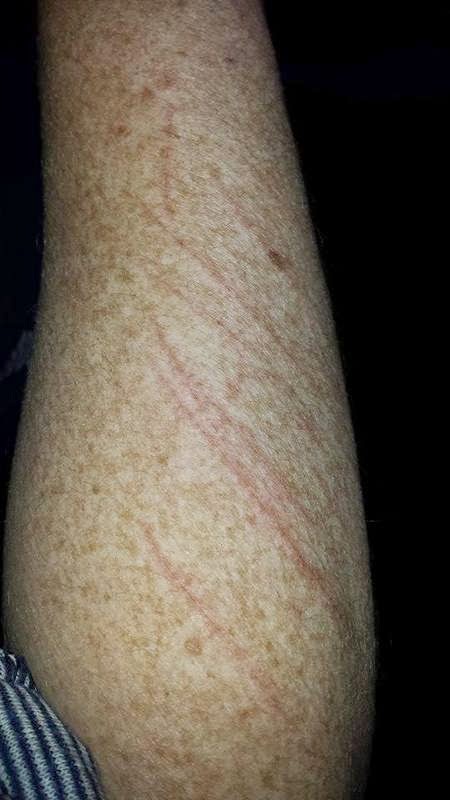 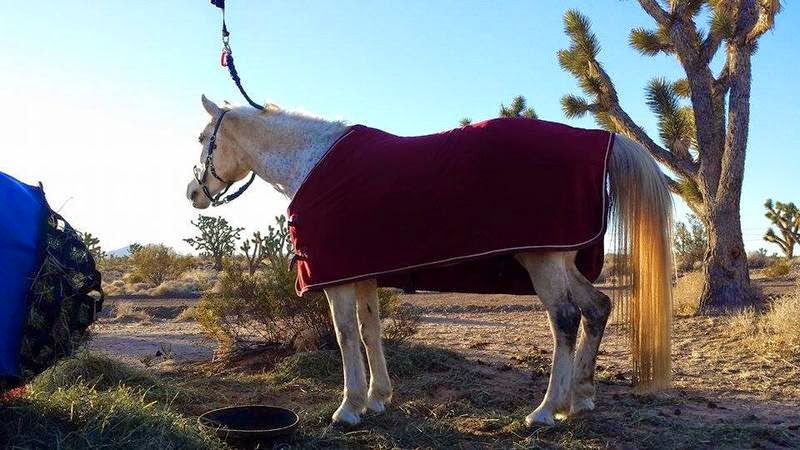 back spa while I packed up 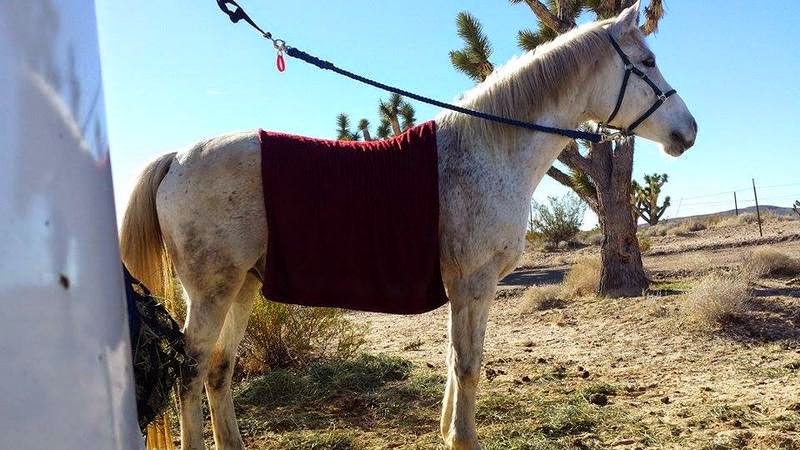 There were and are many opinions on what the problem is or what I should do about it. I was encouraged to give him a day and try another 50 at Mojave, which made zero sense to me as we had both had a perfect ride together and the result was the result, so how could I go out again just hoping it would be different? I was encouraged to buy this saddle, that pad, use a crupper, try chiro, massage, red light therapy, check for selenium/magnesium deficiencies, and see if it wasn't compensation for a hock problem (note I've already done many of those, but not all). There is much wisdom to be gleaned from those that have gone before in this self same battle, I certainly don't pretend I am the only one going through or gone through it. I don't know what the answer is yet, nor what the future holds for Scrappy in endurance. I merely currently exist in the bitter reality of taking another beloved horse to the vet for a work up to sort out a problem that I've done my very best to never have in the first place, and then fix in every other way I could, all along battling to keep my own self healthy at rides. It's exhausting, demoralizing, expensive, and merely, what it is. We're home now, Scrappy is feeling great, and we will work on his problems, but  neither my eyes nor my heart are currently yearning toward the AERC schedule the way I always have after a ride before, even a hard one. Time will take care of that no doubt, but for now I'll take care of my horses.