My least favorite thing is sitting around waiting for someone. For almost any reason. Waiting for something horsey is almost bearable but waiting for general utility people, ugh! What to do when waiting for internet service people who don't call and don't show up early as promised but keep you tied down waiting? Well, when you have 5 horses there's always someone who needs hooves or filthy coats cleaned up!

I've been enjoying riding my horses entirely barefoot (as opposed to paranoid booting) lately and have really been seeing how much of my hoof work is taken care of by doing so. With that in mind it has been my intention to pony Rambo out from home on the gravel roads around here to do some foot exfoliation but with the Waiting For People on the docket I decided to just pull him and Blaze out for a thorough grooming and hoof trim in the cross ties.

I will say that I am generally hesitant to make new/young/project horses go straight into the cross ties for hoof work. What I mean by that is that putting a fresh/young/interested/concerned/worried/etc Arabian in cross ties and expecting them to stand quietly for hoof work (especially when you don't even know how they like that part yet!) isn't always setting yourself up for best success. A horse that has been ponied out, lots of the hoof work was done for me by gravel, and horse is now tired/relaxed  is the sort of horse I like to clip into cross ties and have a go at with hoof tools! Still circumstances aren't always ideal and Rambo has proven himself to be a sensible, well intentioned fellow over the last few weeks, so into the cross ties he went and out the hoof tools came! 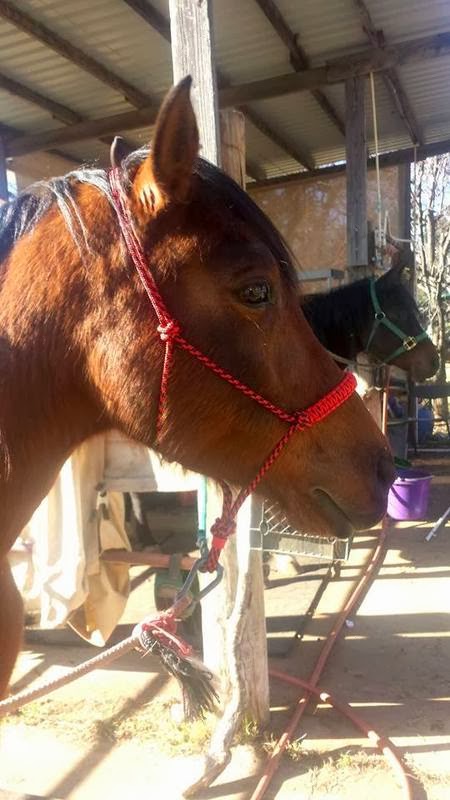 Hey! Trim this toe! I think? 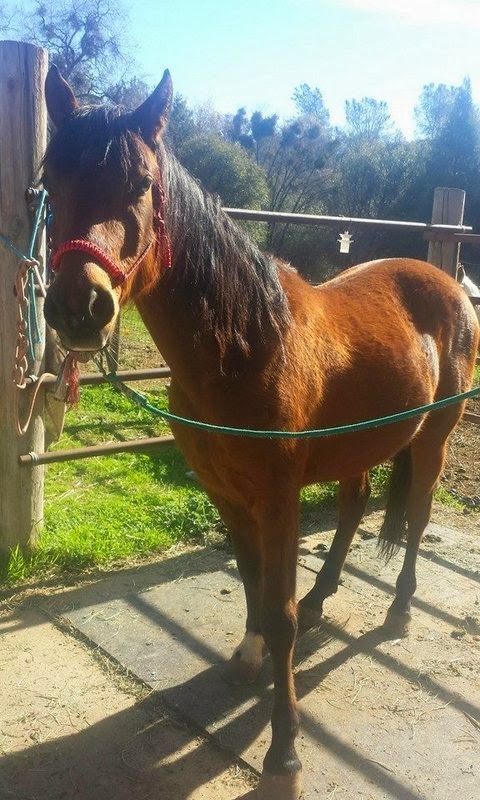 Big happy grin here, because Rambo was *very good* for his hoof trimming session. Scrappy and Napoleon insisted on running the short fat guy Olympics in his direct view across the yard which got him blowing and doing his hilarious "walking in place" tap dancing thing a few times, but after about 10 seconds of grooving in place he would stop, take a breath, look at me, look at them, look at me, take a deep breath, lick and chew, and quiet again. When he was tap dancing I was standing back leaning on the rails talking quietly but being thoroughly unimpressed, and when he quieted again I rewarded him with scratches and loves and went back to work. I mostly nipped his rapidly growing toe and put a Mustang roll on all 4 hooves, there is certainly more work to be done on his (actually really nice) feet but it was a great and productive session that I concluded before he got angsty and finalized with a giant mash. I didn't tape him again but he is seriously butt high and growing!

So here he is, after 5 weeks here including the last 2 weeks on Sheza's hill, & after his grooming this a.m. :-) 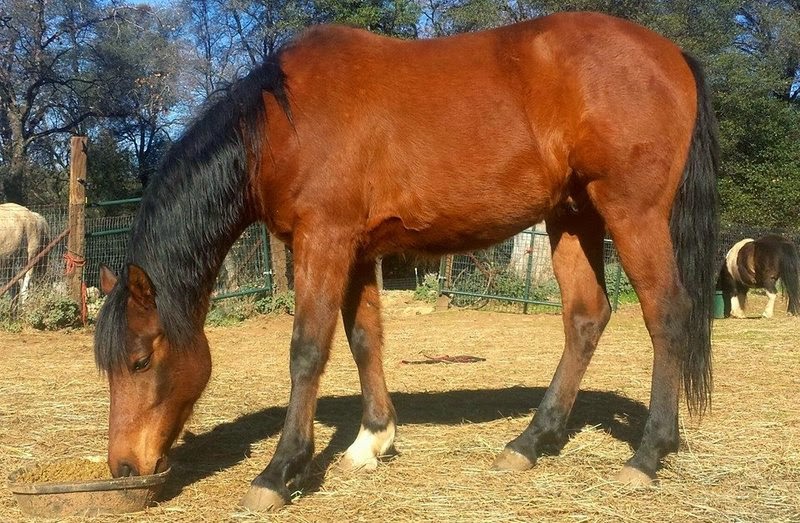 right side is the scarred side that he swings his hind leg on, though the leg swing is already drastically reduced as his muscle builds 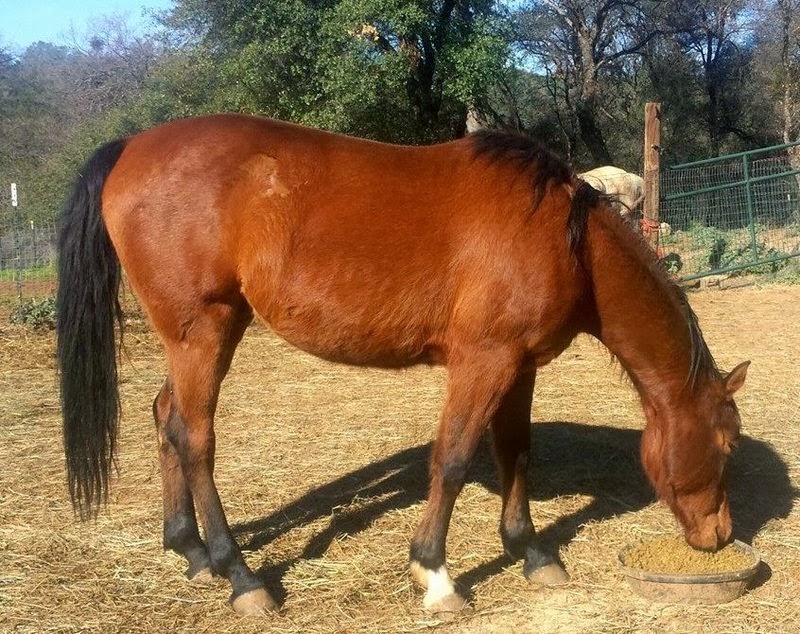 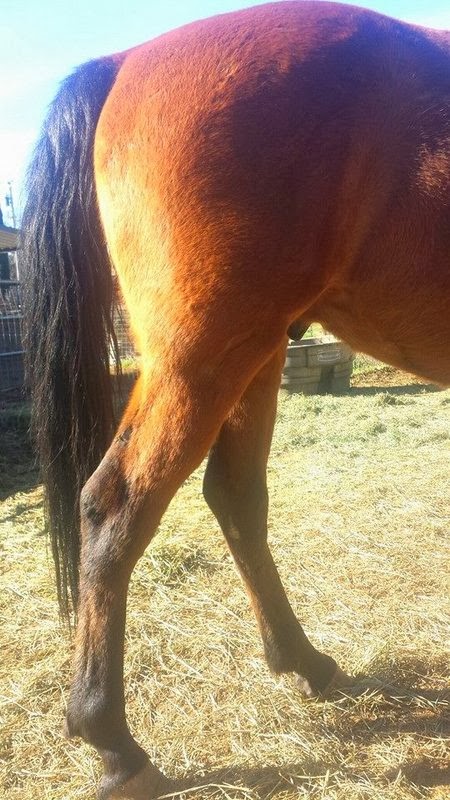 What a cutie, leaves his mash to come investigate me again <3 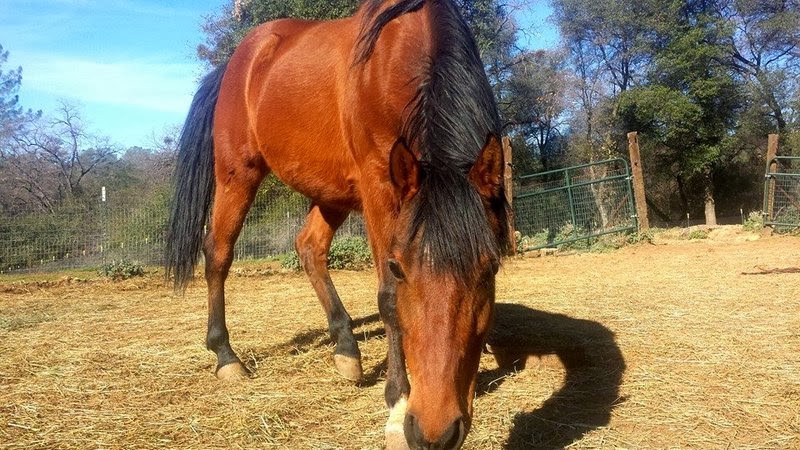