While I'm certainly not 100% satisfied with the results of my 50 at Mojave XP, the actual ride itself went pretty darn harmoniously for Scrap and I. One of the reasons that I love ride photos is that they are lasting memories reflecting the reality of horse and rider in that moment in time, a moment perhaps (and sometimes hopefully) not to be repeated again. We'd all love endless years of wonderful photos of happy horse and rider but realistically we're mortals on willful, fragile critters who can't entirely talk, so let the ride photo record stand.

Here's the pro photos from Gold Rush Shuffle 55, November 2014. Credit to Baylor/Gore. Please note I am grateful to all ride photographers and in no way blame them for my horse and I being mad strugglers in photos. Tis the nature of it!

me: We're gonna die in a hole!
Scrappy: Grin and bear it--towards camp! 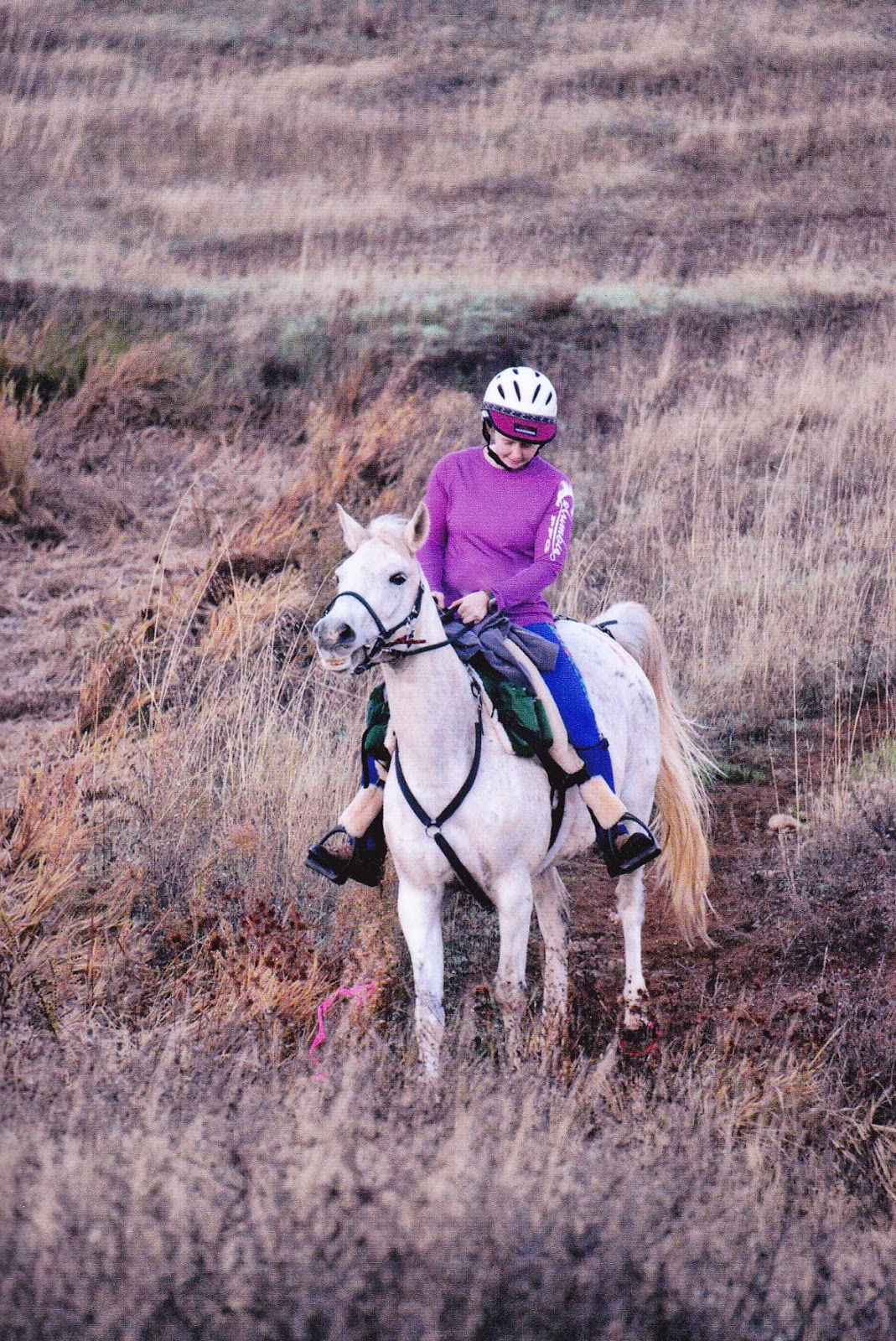 That ride ended in a Rider Option after 27 miles because he had worn holes in my fingers and started on his way to cramping his hind end by moving out brainlessly way faster than we train.

my derpy thumbs up finally made a ride photo--oh and um loose rein at the start you guys!! 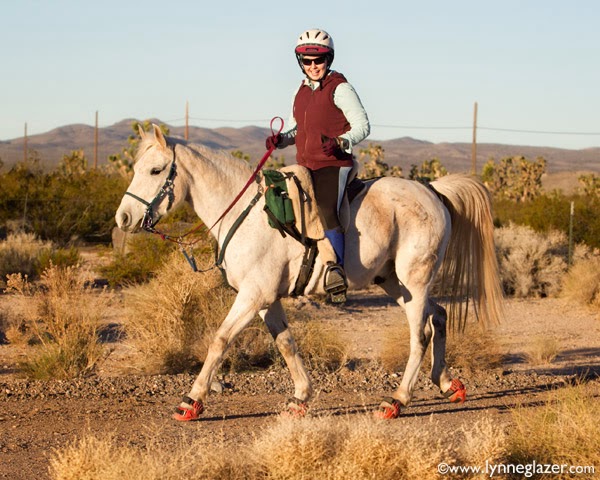 grooving along some miles in 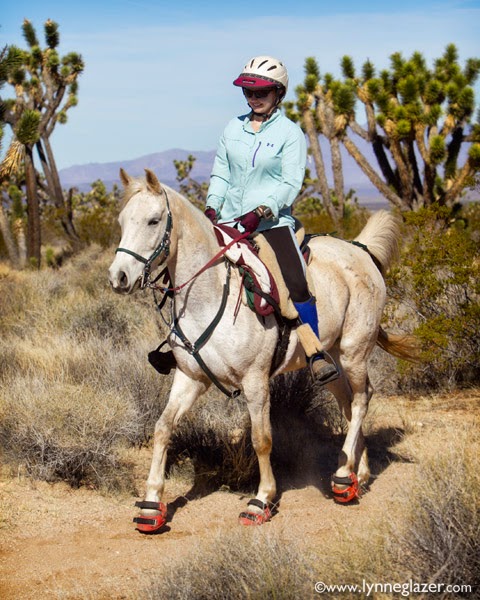 So what did I do differently?

1. Bit: No, I don't think you should answer every training problem by sticking more or harsher hardware on your horse. Yes, if you're having an issue with a horse ignoring a snaffle in this sport, I do think you should experiment with bits, potentially with a curb action option. Scrappy is not the first horse I've ridden in endurance who will run through a snaffle merrily to the detriment of us both,  but check himself approximately twice on the curb setting of a quality Kimberwick and then *not question it* for a good while if not the whole ride. Many folks start in a stronger bit and switch out once the initial start excitement is over, and that may certainly be a route I take with Scrappy in the future if I get the chance. Anyway, after having literal holes in my hands at GRS in November, I added gloves, but I also switched him to a ported Myler Kimberwick, and will continue to use it.

2. Camping/Ride Strategy: At GRS I got lured into the lovely temptation of camping and starting the ride with friend. It's the most natural thing in the world to want to camp with if not ride with your buddies at these events, but it's not always the best thing for your horse. In this instance, Scrappy and my friend's gelding became buddies on arrival, camping at the trailers, strolling around, vetting in etc together, and when we started on ride morning and her gelding set off at a faster trot than he was managing, he came unglued and never recovered his composure until sweetly and sleepily vetting in 27 miles later. I wasn't willing to let Scrappy run blindly through the uneven but flat and open footing, which meant we fought the entire time, and a yo-yo effect of catching and leaving his "buddy" meant he was just a pisser the whole time.

At Mojave, through circumstance and some cultivation, I went entirely alone, with just my crew chihuahua on board besides Scrappy. The only friend I knew going wasn't going to arrive until Friday afternoon for Saturday's ride. We pulled in Tuesday night, set up next to friendly strangers, and spent our extra day in camp just doing OUR routine, doing a pre ride, walks, vet in,etc. The extra day in camp and pre ride without it being an actual ride were definitely helpful to a better brain state too. He jigged around like a goober on the pre ride and then had a big "Ummm HUH..." moment when we came back to camp after a few miles and that was that. He watched horses come and go throughout but never got worked up or attached to anyone and when we strolled out of camp on ride morning, well, you see that we did indeed stroll.

3.Home Strategy: I can't speak to facts on this but I always try to look at and include the full picture of the horse and issue at hand. Up until the GRS ride, Scrappy lived alone in a pasture, sharing fence line with other horses but not actual space. We mostly train alone, with at most one other horse once in a while. It occurred to me that ride camp was becoming nearly his sole horse group interaction setting, and that could really add to the stimulation. While acknowledging a potential need for work in other group ride settings, I also finally braved the risk and put him in with my fillies after GRS. It's been going really well as you've seen in pictures. They're peaceful but entertain each other, keep each other moving, and Scrappy is certainly friendlier for being around the mugging fillies.


So there it is, for what it's worth. We haven't solved the loin soreness issue yet but we've got ideas. I'll take the ride mental game win anyway, in the meantime!